A quick field test of the Samyang 14mm T*3.1 Cine lens, that's what's you can expect in this post. I ordered the Nikon F version of this lens for use with the Blackmagic Design Pocket Cinema Camera. An odd choice some might say, since it's such a small camera with an Micro Four Thirds mount. I've got my reasons! 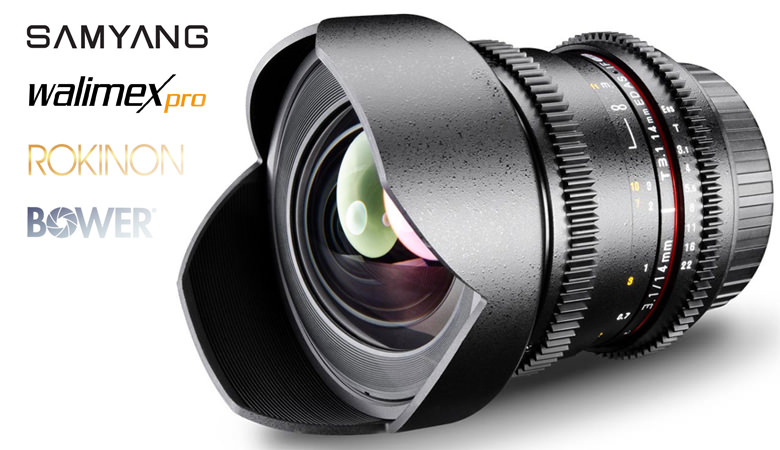 First off - let's get that obvious Nikon F mount out of the way. I own a Canon EOS 550D (known in the new world as the Rebel T2i) and will end up owning a Pocket Cinema Camera (hopefully) pretty soon now. So that's a Canon EF and a Micro 4/3 mount, no Nikon. However. The Nikon lens mount has a very long flange focal distance. This means that it is a very adaptable lens. With a relatively simple adapter you can mount this lens to practically every modern lens mount out there. And since this is a full manual lens, no electronics are required and the adapters will become even more abundant. I'd like to keep my lenses around, even if I'm upgrading to a new camera body (for example the 4K Production Camera someday). So in that light it seems to me to be a very sensible choice of lens(mount).

Then there's the focal length -14mm- a pretty wide lens, and it actually covers a fullframe sensor! Considering that, it might actually be a petty that I'll only be mounting it on (severe) crop sensors.

I haven't had the chance of doing proper tests. But because of popular demand on the forum of blackmagicuser.net I ran outside and took it for a quick spin. I might do a proper review of the lens later on, but for now here's a couple of snippets: