Here's an interesting find on Kickstarter (thanks to Rachel for the headsup!): a special keyboard designed for (initially) Adobe Photoshop. It's name is SHORTCUT-S, and they're classifying it a 'shortcut keyboard'. It's got a staggering 319 buttons. So you can access most of Photoshop's functionality without complex keyboard shortcuts.

But that's not the best part - you can change the overlay of the keyboard to, for example, one designed for Adobe Premiere Pro. This way you don't have to get another board for another piece of software, or after another (big) update.

As soon as they've completed the Kickstarter campaign, they'll focus on developing more overlays. You can vote on their website and in the comments section on Kickstarter which overlay you'd like to see first. For me that'll be an Adobe Premiere overlay.

Watch their video introduction and a functions-example below. 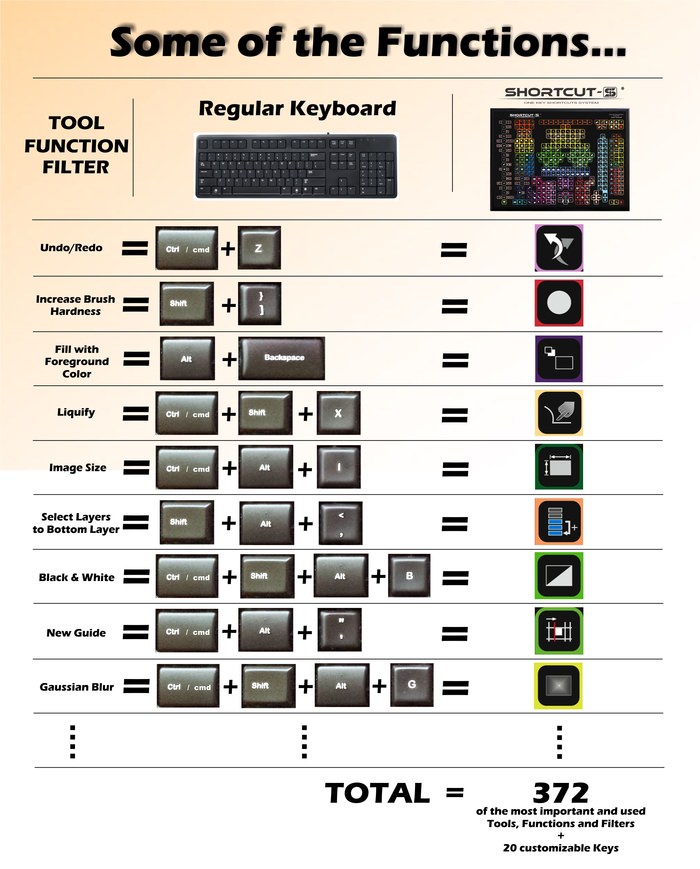